Home/About Us /Our Team

When you work with Pedcor, you’re family.

As a family-owned and operated business, we believe our team and those we work with should feel part of it every step of the way. When you’re on the Pedcor team—whether that’s directly, as a partner, or as a resident—you’re family. 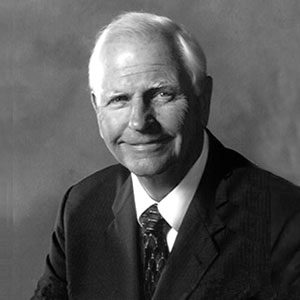 Mr. Pedigo has been involved in residential and commercial real estate development since 1958. He attended Butler University and subsequently was employed in the business of single-family construction and sales.

In 1962, Mr. Pedigo began his own firm while constructing approximately 400 custom homes and expanded his business to include commercial and industrial activities. Beginning in 1966, Mr. Pedigo concentrated on the commercial side of the construction business, forming Gerald K. Pedigo Corporation to provide real estate development services; Pedigo Construction Company, Inc. to provide construction services; and Pedigo and Associates to provide management services. His involvement included all facets of the industry including construction, ownership, marketing/leasing and management. He completed over 100 commercial and office buildings from $100,000 to $8,000,000. He was also a partner in several partnerships that owned and developed commercial and residential properties in Indiana, Florida, and Tennessee.

In 1986, as the tax shelter incentives were being revised, Mr. Pedigo sold the majority of his holdings and concentrated on general construction. In 1987, he joined Bruce Cordingley in forming Pedcor Investments to pursue affordable housing development. 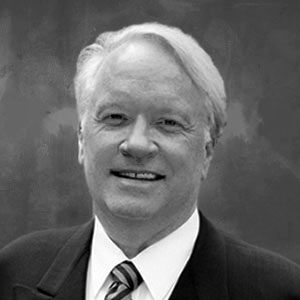 Mr. Cordingley has been involved in commercial and residential development and financing since 1971. He graduated in 1968 from Purdue University (BS-Industrial Management) with Distinction and Honors in Economics. In 1971 he graduated from the Harvard Law School with a Juris Doctor degree. He earned a MA in Economics from Indiana University in 2000, a MS in International Finance in 2004 from the University of Maryland and attended a graduate program in Mathematical Finance at Oxford University in 2000 to 2001.

After a two-year affiliation with Bingham Dana & Gould, Boston, Massachusetts, Mr. Cordingley joined Ice Miller Donadio & Ryan, Indianapolis, Indiana, in 1973 as an associate, becoming a partner in the firm’s Real Estate Section in 1980. His legal practice focused on representation of real estate developers in all aspects of the development process (zoning, construction and permanent financing, acquisition, sales, joint ventures, syndications and tax matters).

In 1973, Mr. Cordingley began investing in real estate for his own account through International Enterprises, Inc., which owns and manages apartment communities in Indiana. In 1986, he started the development of the Bridlebourne subdivision in Carmel, Indiana which subsequently became the highest priced residential development in the State of Indiana. In 1987, he joined with Jerry Pedigo in forming Pedcor Investments to develop affordable rental housing. In 1992, Mr. Cordingley formally withdrew from Ice Miller to devote full time his efforts to the development activities of Pedcor Investments.

He was a director of Eastside Community Investments, Inc. from 1983 to 1996. Mr. Cordingley was a director of the Indianapolis Economic Development Corporation, a city development corporation, from 1985 to 1988. He was also Commissioner (1983-1986) and President (1984-1986) of the Indianapolis Historic Preservation Commission, a governmental body that regulates historic districts and promotes preservation and a board member of the Riley Area Revitalization Program, a community development corporation from 1982 to 1987.

He is married to Denise, a retired French teacher, and he and Denise have 3 children and 4 grandchildren. 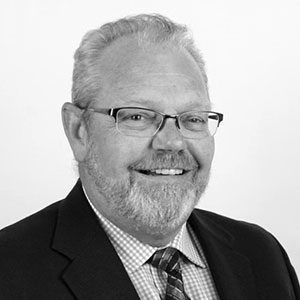 Mr. Stoffregen has been involved in commercial and residential development and financing since 1984. In 1980 he earned a BS in Business Finance and in 1981 an MBA degree in Financial Economics, both from Indiana University, Bloomington, Indiana. In 1984 he graduated magna cum laude from the Indiana University School of Law in Bloomington and joined Ice Miller Donadio and Ryan, Indianapolis, Indiana, as an associate, becoming a partner active in both the Real Estate and Municipal Finance Sections of the firm in 1991. His legal practice focused on taxable/tax-exempt financing and development of single-family/multifamily housing. Mr. Stoffregen served in a bond counsel capacity to the Indiana Housing Finance Authority and other Indiana issuers for various housing related tax-exempt financing programs. He also represented for-profit and not-for-profit multifamily housing developers, lenders and investors, primarily in the area of low-income housing tax credit, financing and development issues.

In 1992, Mr. Stoffregen joined Pedcor Investments, LLC as a partner where he spends most of his time on apartment development, construction and financing activities. Pedcor and its affiliates have developed in excess of 30,000 apartments since 1986, most of which participate in the low-income housing tax credit program. He is currently Executive Vice President and COO of Pedcor Investments, LLC and Executive Vice President for most of the Pedcor upper-tier companies.

Mr. Stoffregen is a Director/Member of the Executive Committee/Executive Vice President of Fidelity Federal Bancorp which is the immediate holding company for United Fidelity Bank, Evansville, Indiana and he is also a Director/Executive Vice President of Pedcor Financial, LLC, which is the top-tier bank holding company for United Fidelity Bank, all of which are owned and controlled by Mr. Stoffregen and his partners in Pedcor.

In 2015, acting as Pedcor’s representative, Mr. Stoffregen joined the Board of Directors for the Affordable Housing Tax Credit Coalition (AHTCC), a national trade organization for affordable rental housing that seeks to preserve, expand and improve the Housing Credit and complementary programs through legislative outreach and education (member of Executive Committee 2021 to present).  Mr. Stoffregen served with the Urban Land Institute (ULI), a nationally recognized organization in the fields of development, land use and urban planning, where he was a member of the Affordable/Workforce Housing Council (2012 to 2019). Mr. Stoffregen also served as a director of the Martin Luther King Community Development Corporation (1991 to 2000), and as a founding member of the board of directors for Coburn Place Safehaven, Inc., an Indianapolis not-for-profit operating transitional housing for victims of domestic violence (1996 to 2012), serving stints as Board Chairman for both groups.

These are the people behind every Pedcor property. Our team members are passionate, innovative, purposeful leaders who work together to deliver exceptional results for every community we serve.

The truth will set you free – We strive to be open, honest, and transparent in the way we conduct business, which has paid dividends in the long-standing relationships we have developed.